>If you have not already purchased your ticket to the First Annual A.S.C.E.N.D. Leadership Conference for Younger Women this Saturday, March 26th from 9:00am to 4:00pm at the beautiful 103 West then what is your delay? Trust me when I say that you don’t want to miss this event. Let me get your minds running wild when I share who the two keynote and opening address speakers will be…say it with me…

I was so honored that my dear friend John Bryant agreed to speak and share opening remarks at the conference and stay to sign copies of his book Love Leadership: The New Way to Lead in a Fear-Based World. 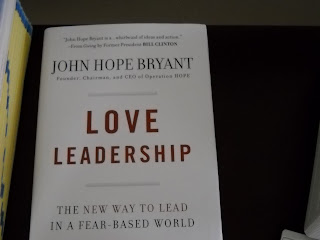 This man racks up more than 500,000 air miles annually, so the fact that he made the time to come speak at the conference this Saturday speaks volumes about the kind of person John Hope Bryant is and why I consider him my friend. I’m truly grateful for his participation this Saturday and so are my fellow board members of the Younger Women’s Task Force Atlanta Metro Chapter.

From one magnetic personality to another…we’re pleased to have Melissa Carter, DJ and Co-Host of Q100’s The Bert Show with us Saturday. 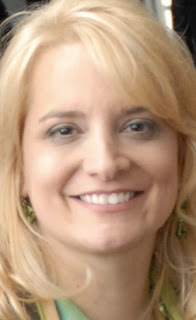 Melissa will be speaking on Empowerment at the conference. She will be sharing her life experiences both professionally and personally, and how she overcame and still overcomes obstacles and the valleys of life. Visit the YWTF-ATL blog to read her bio, it is absolutely amazing and touching. 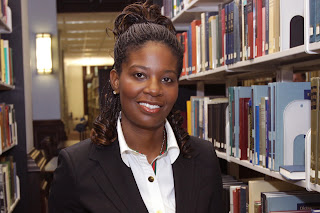 Dr. Kendra King will be the afternoon keynote speaker sharing her insight on Leadership, and excerpts from her new book, African-American Politics, that she will also be signing copies of later that day. To read more about Dr. King visit the YWTF-ATL blog

Are you excited about that lineup of speakers? Well it keeps getting better, but you have to attend the conference to see and experience it for yourself.

If you don’t already have your conference ticket, get yours TODAY at ascendyoungerwomen.eventbrite.com
If you have your ticket but haven’t shared the news with everyone in your address book, what are you waiting on, forward this information to everyone today!
Copyright 2011. Natasha L. Foreman. Some Rights Reserved. paradigmlife.blogspot.com

Yesterday I rocked the mess out of my red pumps as I honored and brought awareness to National Women and Girl’s HIV/AIDS Awareness Day. Although my feet were screaming in pain after more than 10 hours of walking around on those narrow but beautiful 4 inch heels; it was important that each person who paid a compliment or questioned why I had on heels understood that it wasn’t to heighten my vanity but to bring awareness to an important cause.

I never wear heels while traveling, but there I was at the airport braving those floors, escalators, and the train as I proudly walked to my gate to board the plane. Then I made it through an intensive two-hour  PhD residency session followed by a reception in our honor. I probably should have had someone take my picture earlier in the day before the day caught up to me and my feet…but I didn’t hesitate to ask a colleague to take my picture so that I could share it on this blog.
﻿﻿

I want to thank the Red Pump Project for engaging bloggers for this national day of awareness- it was an honor to participate in this great cause. I would like to thank them for highlighting and educating people about the need for women and girls to get tested; and for collaborating with The Red Tie Project (forming The Red Project Collective) that encourages and educates men on the need to get tested for HIV/AIDS.

Remember, ﻿﻿we all must make an effort to get tested and stay protected…our lives and our loved ones depend on it!

By Natasha L. Foreman, MBA
A study released this week and reported by CBS News Atlanta reports that 20% of all marriages have ended in divorce because of social media sites, primarily Facebook.  Divorce lawyers were interviewed and surveyed for this study conducted by The American Academy of Matrimonial Lawyers, and the results were staggering, but not surprising- at least not to me!
Think about it…social media, especially Facebook leads to 1 in 5 divorces.
One divorce lawyer, David Sarif, told CBS Atlanta that social media sites are like Pandora’s Box, once opened it gets out of control. One CBS Atlanta employee whose name was protected said that his long-term girlfriend ended their relationship after reuniting on Facebook with a college “friend”.
Why?
Experts and divorce lawyers say it is because social media sites like Facebook allow people to explore the possibilities, see what’s out there, toy with the idea of being with a person who does and says things that they think their spouse wont. Social media sites allow a person to be secretive, communicate freely with people of interest, send private messages and arrange secret rendezvous’.
What can you do to protect your relationship?
Sarif said that he does the following things with his wife:
Don’t spend time on Facebook and other social media sites when you could and should be spending time with your spouse or significant other.
Be sure that your profile lists that you are married or in a relationship
Make sure that there are plenty of pictures of the two of you
Don’t engage in conversations with another person, (not your spouse/significant other) that you know you wouldn’t have if your spouse had access to the message
Be open with your accounts and freely share access to your page and password with your spouse. 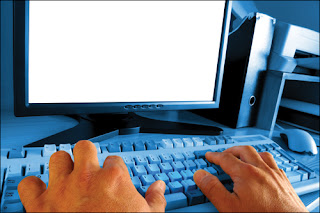 My thoughts
I’m not sure if even those steps suggested by Sarif will keep a person from cheating online. I could of course be wrong. I think that if someone really wants to stray they will; some people may get an adrenaline rush at the thought of getting caught. Some people think they are too smart to get caught.
As far as having pictures of you and your spouse/significant other posted on your profile goes- uh well when has that stopped cheating before? When has that stopped someone from flirting and pursuing another person? People cheat and they have pictures of their spouse in their wallet, on their desk, in their cell phone, and as their screen saver on their computer. It’s no different than the transition from people getting caught with phone numbers in their pocket; by the year 2000 people were hip to the idea of saving numbers to their cell phone (and not using the person’s real name). People started investing in business cards and bam…everyone has one- the lies can continue; now with more creativity. 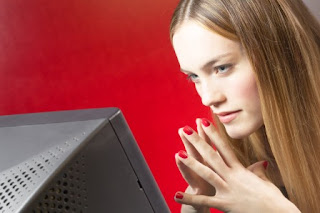 People think they are being really crafty by minimizing computer screens to prevent getting busted when their spouse walks into the room- funny thing is, when you do dirt it will always be revealed, so you can minimize that screen all day long, the truth will maximize the intensity of the light that will shine on your lie. No different than a former employee of mine who would try to quickly minimize the screens on her computer so I wouldn’t see her playing around on the Internet instead of doing her work. I would laugh because it was so obvious- but she couldn’t help herself.
If someone wants to be trifling they will find a way.
I believe that an honorable and trustworthy person who truly loves their spouse/significant other will simply do the right thing all of the time; they won’t entertain the idea of communicating with other people that they know they shouldn’t be speaking with- and yes they know who falls into this category; they won’t add people as “friends” that they know aren’t genuine friends, family or business associates; they won’t exchange email addresses, phone numbers, and IM screen names, etc. Lastly, the only time they are minimizing computer screens is because they are secretly planning a romantic getaway for the two of you or buying you a gift!
When it comes down to it, do you really have time to be checking up on your spouse/significant other? If you do, you need to use that time doing something else; if you need to check their accounts then you should ask yourself why you are with them. Just like I would have to add, if you have extra time to be online chatting and flirting with someone else then why are you in a relationship with your spouse/significant other? The time you’re investing in someone else could be invested in your relationship with the person you claim to love. Now that’s just my thoughts on the matter.
What are your thoughts?
Copyright 2011. Natasha L. Foreman. Some Rights Reserved.
Paradigmlife.blogspot.com
Source: CBS Atlanta http://www.cbsatlanta.com/news/27132840/detail.html

Tomorrow is National Women and Girls HIV/AIDS Awareness Day and in support of this day and the Red Pump Project I will be rocking my red pumps to bring awareness to HIV/AIDS; and the need for women and girls to get tested and stay protected. 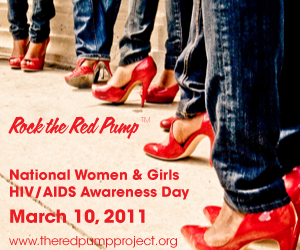 Yes, I will be sure to post a picture tomorrow of me with my heels glistening, so why don’t you join me? Ladies, rock your red pumps tomorrow and fellas why don’t you sport a red tie to show your support! Send me a picture so we can spread the love nationwide.
Copyright 2011. Natasha L. Foreman. All Rights Reserved. paradigmlife.blogspot.com

It was brought to my attention that a group of young girls wrote a letter that was made into a song, and later a video, addressed to rapper Lil’ Wayne.

I had to see it and hear it for myself. Through love, a concern for Black women and Black people, and a desire to change the current conditions we face as a nation of people- these young ladies reached out to Lil’ Wayne and asked him to stand up and change his ways; if not for himself or his people, then for his young daughter; and without saying, his other children.

Their group is called Watoto from the Nile, and the letter now song is called “Letter to Lil’ Wayne“. For those of you who don’t know Swahili (and my comprehension has fallen off considerably) “Watoto” means children. These young girls, the eldest is age 10, are rooted in a love and appreciation of their culture, heritage, and history; and it is clear that these impressionable young girls understand the power of language and imagery.They have been raised to consider themselves beautiful, Black queens of the future; but images, references, and endorsements for sex, drugs, and alcohol contradict what they have been taught. So their question to Lil’ Wayne directly and other rappers and entertainers indirectly is who should these young girls believe and follow. The message is deep and as clear as the waters in the Caribbean…we must stop the self-hate, forgive ourselves and others, and begin the healing process.

Watch this video yourself and see why this is one of the most powerful letters that I have heard….

Source:
Watoto from the Nile “A Letter to Lil’ Wayne” retrieved from YouTube at: http://www.youtube.com/watch?v=j-T-FVR0WZw